The Thesis Showcase event screens the final films made at UCLA from our emerging directors in the UCLA TFT M.F.A. Production Program. 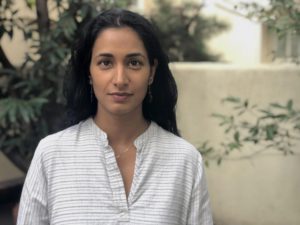 Geeta Malik is an award-winning writer and director whose accolades include the inaugural Academy Gold Fellowship for Women, the Academy Nicholl Fellowship, and the Austin Film Festival Comedy Screenplay Award for her feature script, DINNER WITH FRIENDS (retitled to INDIA SWEETS AND SPICES).

Geeta is a Film Independent Project Involve Fellow and an alumna of UCLA’s graduate film program. She wrote and directed the viral narrative short, AUNTY Gs, which earned a College Television Award (a “student Emmy”) in comedy from the Academy of Television Arts and Sciences. Her other short films include SHAMELESS, BEAST, and APU’S REVENGE. Her first feature film, TROUBLEMAKER, premiered at the 2011 Cinequest Film Festival. 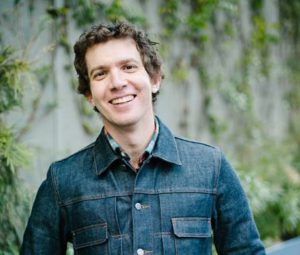 Alex O’Flinn is a Film Editor in Los Angeles.  Some of his credits include the Amazon limited series “The Underground Railroad” for director Barry Jenkins, “The Rider” for director Chloé Zhao, “A Girl Walks Home Alone At Night” for director Ana Lily Amirpour and “The OA” for showrunners Zal Batmangli and Brit Marling.  In 2017 he received a “Best Editing” nomination from The Independent Spirit Awards for his work on “The Rider”.  He has been an editing advisor for The Sundance Institute’s Documentary Edit and Story Lab,  Film Independent’s Project Involve, Film Independent’s Directing Lab, and is a Lecturer at UCLA’s Department of Theatre, Film and Television.  Currently, he is working on the Amazon limited series “Expats” for director Lulu Wang.

All I Know by Obinna Robert Onyeri

How to Cure Insomnia by Khiam’e Fields

Young People, Old People & Nothing in Between By Parida Tanti

默 (to write from memory) By Emory Johnson