Animation Extravaganza is an all-inclusive, annual event for our graduate and undergraduate animators to showcase their finished films. From 3D to traditional, stop-motion to interactive, all facets of the medium are explored by M.F.A. students. It is a time where animators get to reap the rewards of their hard work and share their introspective, funny and awe-inspiring stories through animation. Come join us for a night celebrating our outstanding animation students and enjoy the films they have crafted during their time in the Animation Program here at the UCLA School of Theater, Film & Television. In addition, each year the students choose an inspiring recipient of the Crystal Anvil Award and honor their contributions to the field of animation.

5:30PM – Program I: An eclectic mix of non-M.F.A. films completed in the Animation Program course 181C and the stop-motion class 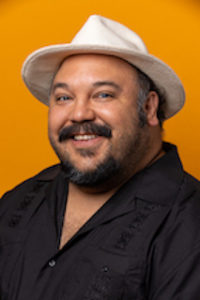 Emmy and Annie award winning Jorge R. Gutierrez is a Mexican animator, painter, voice actor, writer, and director. Born in Mexico City, raised in Tijuana, CalArts graduate, Gutierrez has completed various films, cartoons, and paintings exploring his love affair with Mexican pop and folk culture. Gutierrez was the director & co-writer of the Guillermo Del Toro produced animated feature The Book of Life for Fox which earned him a 2014 Golden Globe Award nomination. He was also the writer & director of the Emmy nominated Son of Jaguar VR short for Google. Along with his wife and muse, Sandra Equihua, they created the multiple Emmy Award–winning animated series El Tigre, The Adventures of Manny Rivera for Nickelodeon. Gutierrez most recently created the event series Maya and the Three for Netflix which recently won 2 Annie Awards, including Best Children’s TV/Media award.

Winter in a Day | Liddy Salter

Floria Huang – The Way Things Have been going lately

Ankita Nambiar – A Big Bunch of Nothing.

LIDDY SALTER – WINTER IN A DAY

DEMITRIOUS TZAMARAS -EYES OF THE WARLORD